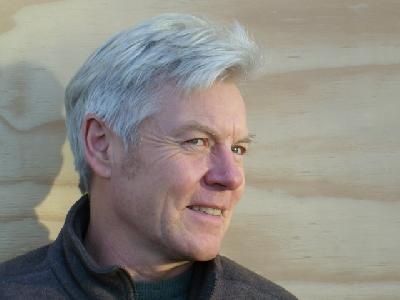 Mike will be playing occasional Saturdays at the Crab & Lobster Gallery

He is just as happy playing violin with gypsy guitarists on a French beach as he is playing piano for an acclaimed opera singer in a theatre.

At the age of eight Mike Hatchard couldn’t quite decide whether he wanted to be a painter or a musician. After much internal wrangling unusual in a boy of that age he decided on music but making a promise to himself that he would slyly pursue an artistic career on the side.

In fact even his work as a musician was extremely diverse, incorporating forays into comedy and acting. Working with people like Matt Monro, the Dankworths and Herbie Flowers he found himself playing in strip clubs, prisons, psychiatric hospitals and street corners as well as major concert halls and theatres. To celebrate his sixtieth birthday he undertook a fourteen hundred miles cycle ride towing an electric piano raising nearly £12,000 for Children in Need.

Perhaps not surprisingly he sees his life as an extraordinary adventure, and this view is reflected in all his painting. In his work you glimpse a backstage world, people battered by life, seedy characters full of optimism, powerful people full of frailty, a colourful world of hope only slightly marred by a healthy splash of cynicism.

Though probably best known for his musical prowess Mike Hatchard has always tried to maintain as much of a dual career as possible. Completely untrained in art (it was made clear to him at the age of thirteen that he could do music OR art but not possibly both) he nevertheless found himself providing illustrations for magazines such as ‘Homes and Gardens’ and ‘Drapers Review’ as well as being the resident cartoonist on the Local Government Chronicle.

He also worked professionally as a free lance caricaturist and in this capacity drew from life such people as Wogan, Stevie Wonder, Stephen Fry and Joanna Lumley. This led to him having his own television chat show on CTV in the Channel Islands – a programme in which he both interviewed his guests and drew them; guests included the author Jack Higgins and Wombles originator Elizabeth Beresford. A live version of this at the Pleasance Theatre, Edinburgh Festival featured (fairly unknown at the time) Graham Norton and Ned Sherrin.

This format was turned down by Channel 4 but Hatchard did go on to draw for Carlton TV’s ‘After the News’, a job that involved drawing every Monday at 8am and providing forty caricatures by 4pm. Had the series run for a second term, as seemed likely at the time, Mike’s career might have been very different, but instead he has largely concentrated on music in recent years, still finding time to paint however and have the occasional exhibition. When his book ‘Strange Creatures and Even Stranger People’ was published by Kevin Mayhew he was also asked to do all the illustrations, and is currently working on a new book, ‘a colouring in book for very lazy children over the age of forty five and under’ (lazy because most of the pictures are coloured in already.)

Last summer Mike celebrated his 60th birthday by cycling from Land’s End to John O’Groats (towing an electric piano!), covering 1400 miles, performing concerts along the way and raising over £12,000 for BBC Children in Need. This summer he is performing his one man play ‘the Cocktail Pianist’ at the Brighton Festival.

He mainly uses acrylics but is very keen on pen and ink.